Expectations For the Tianda Institute: Setting an Agenda the Chinese Way 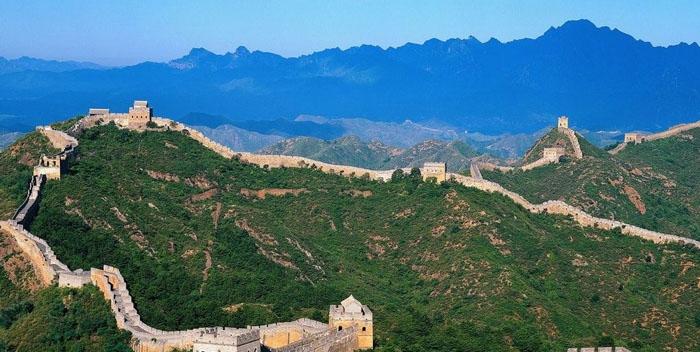 In this era when knowledge and information is power but is based on the interests and cultures of a few dominant nations, an increasing number of people believe that it is time for China to utilize the power of its own intellectual capacity to generate its own ideas and information. These people argue that China should set its own agenda in light of its own cultural traditions, that it is time for China to set its agenda in a Chinese way.

Perhaps no one has stressed the importance of nations setting their own agenda more directly than former Malaysian Prime Minister, Dr. Mahathir, when he claimed that “the greatest monopoly by mankind is that of all excuses”. This is also the reason why he championed the theme under the banner of “Asian values”. Despite Dr. Mahathir’s tireless promotion, the “Asian values” campaign has yet to bear significant fruit due to the lack of continuous cultivation in academic and even media circles.

Many Chinese felt strongly the same way that it is very important to restore reason and start building a new academic and intellectual foundation for a Twenty-first Century Chinese values system which draws on Chinese culture and tradition. In fact, there are many aspects of Chinese culture that properly understood make sense, and if properly promulgated, should have a positive appeal to the world where individuals, groups and nations, monopolize all excuses in the light of their own self-interest, to justify acts of increasingly naked barbarity,

It is to this end, and to that of helping China explain its own agenda in terms of the culture and values of its people, that the Tianda Institute has formally begun operation. Founded and funded by a number of rising Chinese entrepreneurs, with leading international think tanks as their model, the institute aims to be an influential non-governmental brain-trust, providing independent insight and advocacy. The goals are high and the difficulties in establishing a truly influential non-government think tank, are recognized. To be effective the Institute must mobilize a vast array of academic and media resources, maintain an exuberant but unique inquisitiveness, and maintain a candid but cordial relationship with the government. This kind of work cannot be done in one breath. Significant results will take time, and be born only of the continuous cultivation and accumulated effort to which the Tianda Institute is dedicated.

Every nation needs various kinds of power and means to maintain its authority and its very existence: military power to deter other nations from invading; financial power to sustain the material basis necessary for its existence; the power of science and technology to keep both its military and financial power strong and advanced. Equally important as military and financial power is the power of knowledge and scholarship and intellectual expertise and creativity. With this power it can justify its own existence and set out and explain its own agenda. Universities, government think tanks and their civilian counterparts can all play a significant role in this respect.

For example, during the nineteenth century the colonial ambitions of the West produced a line of scholarship that rationalized colonialism and also induced a sense of “inferiority” in the East. As for today’s US-UK hegemony, American scholars Laurence H. Shoup and William Minter point out in their book Imperial Brain Trust: The Council on Foreign Relations that it was the result of these colonial ambitions that a group of American and British government representatives, inspired by none other than Cecil Rhodes, the king of the South African diamond industry, took up the construction of an “American-British empire” as their life mission just before the Paris Peace Conference that ended the first World War. The legacy of their colonial ambitions, known as the Council on Foreign Relations, remains influential in the United States today.

The US today has long been a largely “think tank-led” country. The Brookings Institution established in 1916, and the American Enterprise Institute founded in 1943, have become leaders of liberal and conservative thoughts respectively and wield influence all over the world, while the center-left Institute for Policy Studies represents the minority that is considered by some to be the conscience of America. A think tank’s function is to play a guide to the nation through serious studies of internal and foreign policies. It also builds a worldwide network of like-minded academic allies in effort to press or impress with the collective weight of their scholarly opinions. In the United States, think tanks and the top tiers of government are well known for having 搑evolving doors?for personnel exchanges. In addition to all that, think tanks also constitute something important in the development of knowledge and policies. When think tanks began to discuss policies, however, a new standard of “no research, nosay” was established and substantial, documented research began replacing theoretical talk.

Today’s China has become an increasingly “impressive reality” as its national strength has risen and its international influence has continued to expand. As other countries pay more attention to and talk more about China, prejudice and fear also grow. Meanwhile, China was “crossing the river by feeling the stones” and has now reached the stage where it should start building a bridge over the river. No matter whether it is for self advancement, speaking out for its existence or even demanding justice for nations with similar experiences of the international community, it is now the right time for Chinese entrepreneurs to run think tanks like a new enterprise. This is a great thing in China for centuries to come. It will make more positive sense when entrepreneurs put their money in and turn individual financial power into national knowledge and therefore national strength.

The Tianda Group is an emerging Chinese enterprise in its prime. Its business covers the whole world and has thus equipped its top executives with a global vision. This is why the group decided to sponsor the establishment of the Tianda Institute. The Institute is based in Hong Kong, a city with an advantage of free flow of information , which makes it easy to access and integrate academic resources in Chinese communities everywhere in the world. Apart from serving as the front line of China’s economic development, there is no reason why Hong Kong cannot be a forward base for China抯 intellectual creativity and development as well.

China spent a great deal of its modern history without the capacity to set its own agenda. Through great sacrifice and great achievement, China now has the intellectual, military, material, and financial capacity to justify and maintain its own existence. It is the time to take the all-important first step and start to set out an agenda in the Chinese way.

The above is a translation of an article by Nanfang Shuo, who is an associate of the Institute and a well-known writer in Taiwan